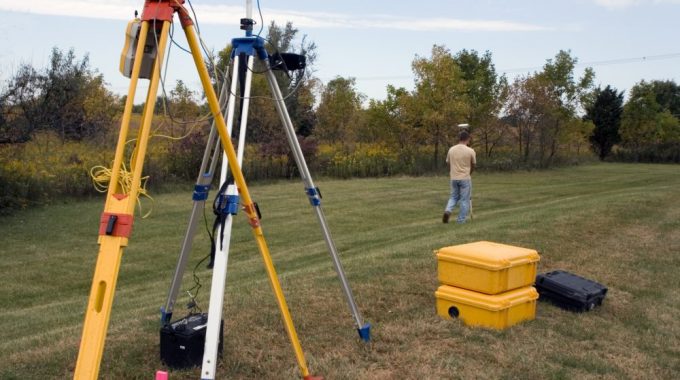 What Is a Land Survey Plat?

A plat is an officially drawn map of a land area that defines the boundaries between different parcels of property to scale. A plat survey is used to create this map as accurately as possible. Generally, the divided sections of land are described by platted subdivision lot and block or in metes and bounds. A platted subdivision is a map of a parcel of land that has been divided into lots and blocks typical of developments in urban areas. Metes and Bounds is a system using features of geography, distances between points, and directions to mark the different boundaries. These boundaries are described from a starting point and circled around the area until they reach back to that same point. There are both types of plat maps in the State of Colorado and other western states. Metes and Bounds are more typical in the original 13 colonies of the US.

These surveys are helpful in determining exact property boundaries for homeowners. Hire a surveyor to measure subdivision and section corners, existing property monuments (iron rods and pipes, stones, survey markers, drill holes), fence lines, and lines of occupation. These measurements will be compared to the property deed, and the boundaries of the actual property will be calculated. Some people may find that they hold more or less property than is legally theirs.

Why They’re So Important

Plats show all land features and boundary lines and can give you a lot of information regarding a section of land and the people who live on it. They’re created for several different reasons, such as:

Ensuring all property owners have a public access way (such as a driveway) with which to enter their property without having to trespass on another’s property to do so.

Ensuring all property has access to public utilities, such as electricity, water usage, and a sewer system.

Dedicating parcels for use by the public, such as parks, roads or alleys, emergency shelters, and official monuments.

Depicting all lots comply with local governmental zoning rules and restrictions, mainly according to size and geometry.

Ensuring compliance with any land use plans to control the spread and growth of a city or county. Locating common neighbors between property owners.

There are several different types of survey plats to suit differing intentions. These include:

Plats of consolidation. These are created when a landowner takes ownership of several nearby parcels of land, combining them with his or her own to make one larger section. The landowner is usually responsible for making separate surveys for all of the intended parcels and submitting them to the local government for approval.

Plats of subdivision. In contrast to a plat of consolidation, a plat of subdivision is created when a landowner decides to divide land into smaller parcels. A surveyor needs to take exact measurements of the land and the desired divisions and submit them to the local government for approval.

Correction/amending plats. These correct details on the record of an existing plat that is in error. They are used to relocate features or boundary lines.

Vacating plats. These legally void a plat or a part of it. Generally, they’re created when all lots are unsold or when no public or private developments have taken place since the original plat’s creation.

Subdivision Exemption Plats. These are used for the division of land into fewer than four parcels (or more, depending on exact county regulations). Special State and County regulations apply and is typically limited to certain family conditions of large tracts of ranch or other agricultural lands.

Though there are many different areas plats can come into play for surveyors, understanding the differences and functions is a necessity of the job. A competent surveyor will also understand the roles and needs of the other professionals that utilize the information of the survey plat.

6 Reasons for a Land Survey

When should you have a Land Survey Performed? 1. If you are buying real estate.…

Cheapest Is Not Always the Best

Top 10 Reasons for a Land Survey

So, you think you know everything there is to know about the legal description of…